Modern couples come in all shapes and sizes, ethnicities, sexualities, ages and religious persuasions. A one size-fits-all wedding ceremony simply will not do. At Ravens Retreat we do not impose our own agenda or beliefs on a couple when creating their ceremony. Diversity and equality at the very heart of what we love to do. We enjoy finding out what makes our couples unique and creating their ceremony around it.

Here at Ravens Retreat Weddings we are always being asked to perform Handfasting as part of our ceremonies. There is a huge growing trend in all of the old Celtic marriage traditions and couples are choosing to ‘tie the knot’ in their droves.  The ceremony has a few variations, you can use one cord and have the hands wrapped by your celebrant or you can choose a variety of colours and have a selection of your guests lay them over the hands. Each colour represents a gift or blessing bestowed upon the marriage. This is a lovely way to include family and friends in the ceremony. There is no extra charge for this and we provide the ribbons which you get to keep.

It usually happens after the ring exchange and the photographer can get some fabulous shots of the hands wrapped in bright coloured ribbons with the wedding rings on. The Handfasting ceremony is steeped in our ancient historical traditions and was the most common form of betrothal and marriage in pagan times. Often these marriages would take place at large festivals or on spots like King Arthurs stone Gower at sacred wells or the many sacred sites around the sacred landscape of Wales. The ties represent the bind of the vows made and the knot represents that which, like a good marriage,

One of the best things about having your marriage registration done separately to your ceremony is that your celebrant can perform it in ANY destination you wish. By using a celebrant rather than a registrar you are not bound to having your ceremony at one of the venues on the licenced list of wedding venues. Your celebrant can perform it just about anywhere once you have the land-owner’s permission. Wales is now a top wedding destination for couples around the globe and we are seeing that most of them opt for the scenic outdoor option.

We have done ceremonies the length and breadth of the country on cliffs, in ruins, on the streets, in gardens and people’s own homes and we love to work on these events in such fabulous locations. We recently had a tree-planting ceremony on a couple’s own plot of land as part of their wedding which turned out beautifully. Couples love to be surrounded by nature for this most important moment and Wales is filled with incredibly scenic and atmospheric spots.

One of growing ways to perform a wedding ceremony here at Ravens Retreat Weddings is an on-street wedding ceremony. Usually performed in a city and popular all over the world in such iconic backdrops like New Orleans or Las Vegas, it’s becoming increasingly popular here in Ireland. And what better places to get married than on some of our beautiful streets around the country.

With the freedom of not needing a church or registered venue to marry in, couples in Wales can now hold a wedding ceremony just about anywhere. For those city loving urbanist as the cityscape background is perfect. Whether it is in-front of an historic building or on the cobblestone streets of West Wales outside a pub, these ceremonies are always exciting, atmospheric and with a random element. Without fail by the end of the pronouncement there will be an audience gathered to watch and a huge amount of whooping and applause as you tie the knot.

“Nothing is built on stone; all is built on sand, but we must build as if the sand were stone.”  Jorge Luis Borges

Sand Ceremonies have been popular since the sixties as part of both religious and non-religious wedding ceremonies. There is a long history of sand use in ritual from Japan, Tibet and many cultures around the globe. There is much debate about where exactly the marriage rite came from, but it is now hugely popular especially in The U.S. and Australia. Recently, we are seeing more and more of them in British weddings.

There is a basic metaphor of unity in the joining of two or more-coloured sands. In religious or spiritual ceremonies, a third neutral colour is used to symbolise God or Spirit. The couple’s individual lives are represented by separate coloured sands in separate container which are poured, layer upon layer into the large centre container. As the sands intermix the grains become indistinguishable and can never again be separated. The parts of each person’s life, their talents, character traits, sets of friends and all that they bring form part of the rich tapestry of the whole union.

The sand ceremony is perfect for weddings by the sea and if a couple have a beach which is special to them they can gather sand from that place. The sand can be coloured very easily by adding food dye. If they are from two different places, they can each bring local sand, representing the coming together of two cultures or two countries.

Some couples choose colours to represent their family crests, their sports team, their nationalities or just their favourite colours. The large container is sealed at the end and is kept as a treasured memento of the marriage ceremony.

This is also a wonderful way to include children. They can be given their own container with their own unique colour to represent their part in the family  as a whole. Having said that, if they are very young it is unlikely the sand will end up anywhere other than the floor, but this has its charm too.

For the thirsty couple, we at Ravens Retrea offer the perfect time-capsule ritual as part of our ceremonies. We usually use a good bottle of wine that comes in its own box but you can use your favourite tipple, and many companies will make you a customised bottle and box if you ask. This box contains a bottle of wine, and a love letter from each to the other. The letters describe the good qualities you find in one another, the reasons you fell in love, and your reasons for choosing to marry. The letters are sealed in individual envelopes and you do not see what the other has written. You will have created your very own “romantic” time capsule to be opened on your 5th wedding anniversary.

We recommend that you keep the box in a place of honour prominently displayed in your home as a constant reminder of your commitment to each other.

Then, should you ever find your marriage enduring insurmountable hardships, you are to as a couple, open this box, sit and drink the wine together, then separate and read the letters you wrote to one another when you were united as a couple in marriage. By reading these love letters you will reflect upon the reasons you fell in love and chose to marry each other.

The hope is, however, that you will never have a reason to open this box. And if this is the case, you are to open this box to share and enjoy a drink together on your 5th year wedding anniversary!

The total fee for our Wedding Celebrant Service is £300. Mileage is charged at 45p per mile after the first 10 miles. 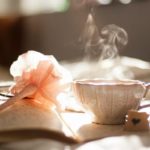